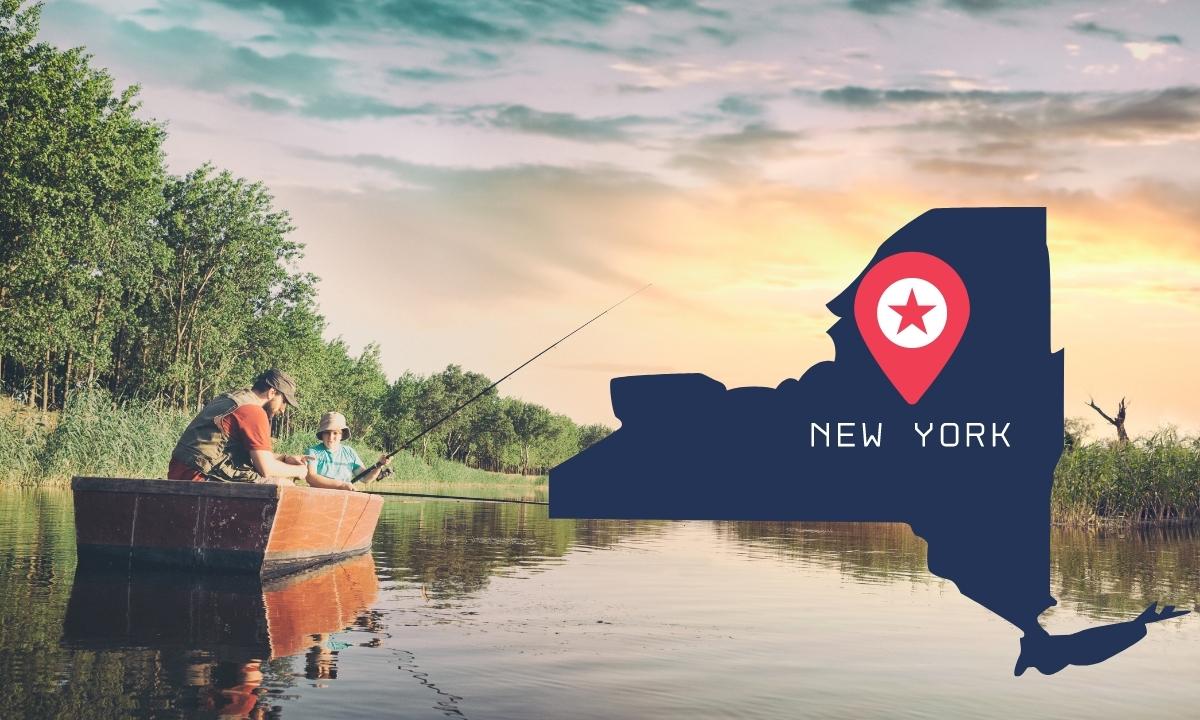 The state of New York offers world class fishing with over 165 species. New York has over 7,500 lakes and ponds, 70,000 miles of coastline, rivers, and streams. The state has 4 of the Bassmaster’s top 50 bass lakes.

Educate yourself on New York’s fishing laws and regulations to ensure you stay legal and avoid costly fines.

Where to Fish in New York

New York has over 165 species of fish, most of which are not seen by anglers. Below you will find the common game fish that anglers typically see when fishing in New York.

New York has both black and white crappie.

New York has 2 types of carp including: Common, and Grass Carp.

New York has 3 types of gar including: longnose, shortnose, and spotted gar.

New York has 4 types of perch including: walleye, yellow prech, sauger, and saugeye.

New York has 2 types of trout including: Northern Pike and Muskellunge.

New York has 6 types of trout and salmon including: Brook, Rainbow, and Lake Trout as well as Chinook, Coho, and Pink Salmon.

New York has 3 other game species including: Bigmouth Buffalo, Freshwater Drum, and Bowfin.

Find New York’s fishing records for over 45 species and how to qualify & submit your catch for the record fish program.

What is the most common fish in New York?

The most common fish in New York are bass, catfish, crappie, and various panfish.

Are there wild trout in New York?

Brook trout are native to New York. The state has also introduced Rainbow and Lake Trout.

Is there snakehead in New York?

Snakehead have been found in New York. They are illegal to possess, sell, or release within the state however.

What is the biggest fish caught in New York?

The largest fish ever caught in New York was an Muskellunge weighing 69 lbs 15 oz on the St. Lawrence River in 1957.