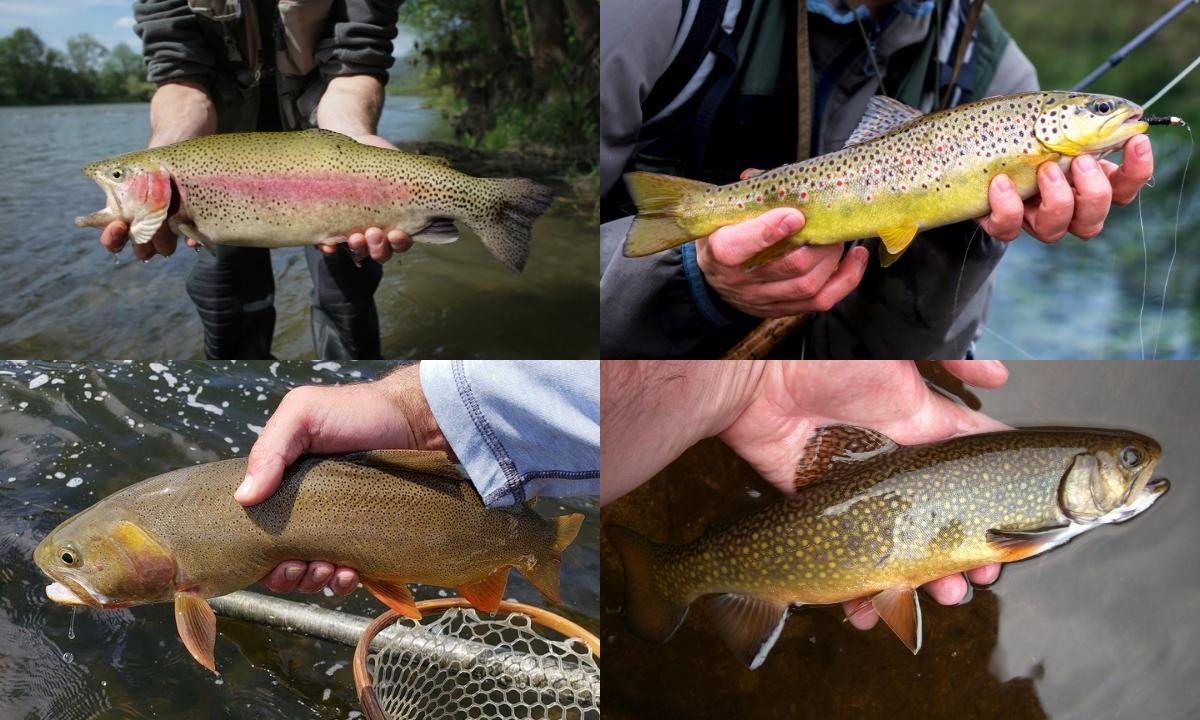 Trout are one of the most popular freshwater fish that anglers target. They put up a great fight, can be found throughout the country, and they taste great. There are 14 different types of trout.

Where to Find Trout

Trout can be found throughout the United States in rivers, creek, ponds, and lakes. Trout can also be found in Canada, Europe, Africa, Asia, and Australia. They are most often fished for in rivers and streams with a fly rod.

Best Time to Fish for Trout

The best time to fish for trout is early mornings during spring. You can refer to the table below to find the best time of year for your area.

What trout taste the best?

Brook trout are often considered the best tasting trout species. They have a sweet flavor that pairs nicely with a light butter and herbs.

What trout has pink meat?

Most wild trout will have pink meat. Most attribute this to wild trout’s diet consisting of crustaceans, krill, and scuds. Farm raised trout will often have white meat due to cheaper mass produced feeding.

Which trout fight the hardest?

Rainbow trout are the hardest fighting trout, especially sea run rainbows. The time they spend in the strong current of the ocean builds up their strength that they put to use once you hook them in a stream.

Which trout gets the biggest?

Lake trout are the largest species of trout. The world record lake trout is 72 lbs and was caught in 1995 by Lloyd Bull.

Which trout have teeth?

Do trout have scales?

Trout have scales but they are so thin you don’t need to remove them before eating.