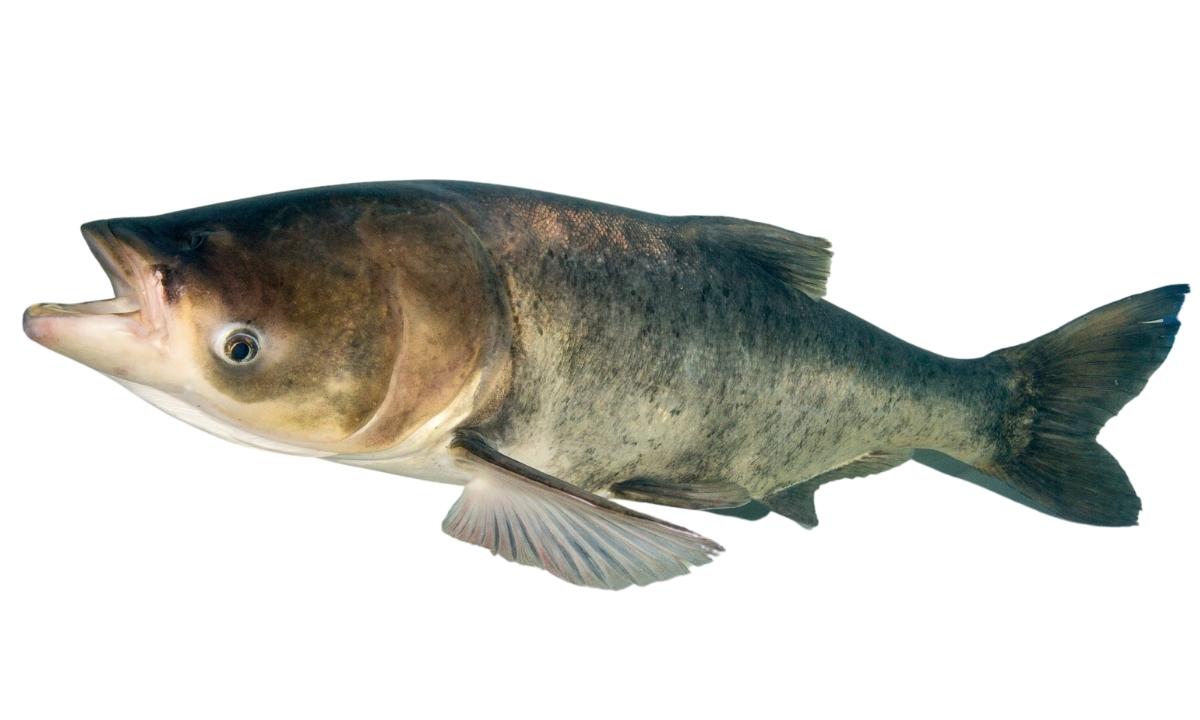 Bighead carp are members of the minnow family. They are large filter feeding fish that can weigh more than 80 lbs.

How to Identify a Bighead Carp

Bighead carp are thick-bodied with a wide scaleless head. Their eyes are forward and low on their body. They have a upturned mouth with no teeth or barbels.

Bigheads are dark gray up top and cream color on their lower half. They have irregular black spots on their back and sides.

Where Bighead Carp Are Found

Bighead carp are native to east Asia and have been introduced to the United States in the 1973 to improve water quality in retention ponds/sewage lagoons. Due to flooding they have spread to the Mississippi and Missouri river systems.

Bighead carp prefer the standing water of rivers, canals and lakes. They can tolerate water temperatures from 43 to 82° Fahrenheit.

Lifespan of a Bighead Carp

Bighead carp can live up to 9 years old. They reach full maturity in 2 to 3 years. You can tell the general age of bighead carp by referring to the table below.

Are bighead carp hard to catch?

Fishing for bighead carp requires patients but they aren’t too hard to catch. They feed primarily on algae and zooplankton so you need to let your bait sit on the bottom while you wait. They won’t chase moving baits.

What size hook do you use for bighead carp?

The best hook to use for carp fishing is a 4/0 circle hook.

Hooked In Fishing is supported by its audience. As an Amazon Associate, we may earn an affiliate commission when you purchase through links on our site. Learn more

What type of bait to use for bighead carp?

My favorite bait when fishing for bighead carp is canned corn. I put as many kernels that can fit on a 4/0 circle hook and let it sit on bottom until I feel a bite.

Are bighead carp good to eat?

Bighead carp are better tasting than most would expect. Due to their vegetarian diet they have a light flavoring with a white tender texture.

Bighead carp are an invasive species. They are native to east Asia, and were introduced to the US to control plant growth in aquaculture ponds. After being imported they quickly spread the country and can now be found in most parts of the US.

What do bighead carp eat?