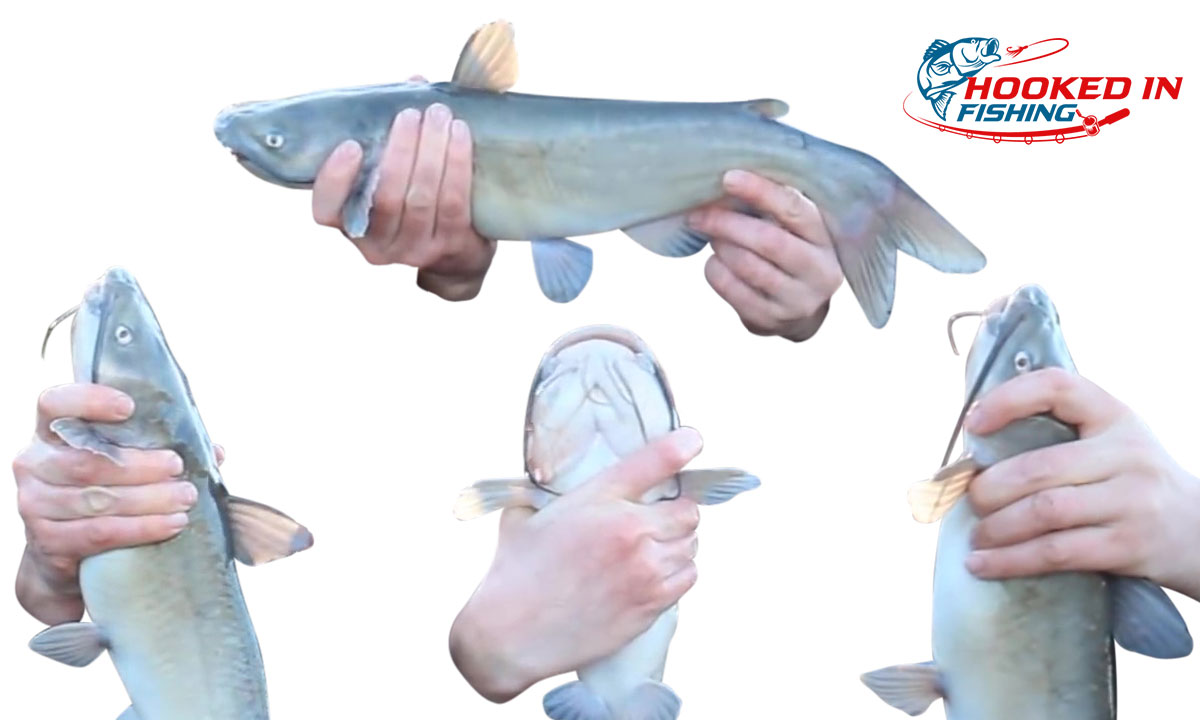 Brown bullhead have smooth, slimy skin with a squared tail and broad flat head. They are brown body with a yellowish belly.

Brown bullhead catfish can grow up to 20 inches long and weigh 8lbs.

White catfish have a dark gray back with a white belly. The edges of their eyes can be blue. They have a wider head and mouth than channel catfish.

White catfish can grow up to 37 inches long and weight 19.3lbs. The average size you will see is 8-17 inches.

Learn How to Safely Hold a Catfish Without Getting Stung

Catfish are edible and taste great when prepared properly. They have mild slightly sweet taste. I prefer to fry my catfish with Louisiana fish batter.

What’s the best catfish to eat?

Flathead catfish are considered by most to be the best tasting catfish. This is believed to be due to their mostly live fish diet. Most other species of catfish taste almost identical.

Can catfish bite you?

Catfish have small teeth and can bite if your not careful. Their bites aren’t super painful but their not pleasant.

Is catfish a dirty fish?

Many anglers worry about catfish being dirty fish since they spend most of their time scavenging for food on the bottom. They can be clean and safe to eat as long as their habitat isn’t polluted. Farm raised catfish are complete safe to consume.

Catfish are primarily bottom feeders. Although they spend most of their time scavenging along the bottom they do occasionally go up higher in the water column and feed.

Do catfish have bones?

Catfish have a strong skeletal system including a spine, jaws, and ribs.

What is the largest catfish

Mekong giant catfish are the largest freshwater catfish species. They can grow up to 10ft long and weight up to 650 lbs. Mekong can be found in southeast Asia. Their numbers are dropping and they are considered critically endangered.